Pedelecs – Fahrräder mit elektrischer Tretunterstützung – haben sich in den letzten Jahren zu einem relevanten Verkehrsmittel entwickelt und der Markt wächst weiter. Bicycles and pedelecs have the smallest climate impact by a long way when compared to other modes of transport. With pedelecs, there is still a relevant climatic effect primarily associated with production, whilst the energy consumption for assisted pedalling is negligible. Pedelecs help the climate primarily if they are a substitute for vehicle mileage, which is most frequently the case with commuters.

Many users buy a pedelec because of the electric pedalling assistance. Users primarily cite the the lower level of physical exertion compared to a conventional bicycle as their reason for making a purchase. Further reasons for pedelec use are speed and relaxation when travelling, the option to tackle demanding routes, and a greater range. Pedelecs thus have an influence on user behaviour. While typical bicycles are used day to day for routes averaging 7.1 km, pedelec users usually cover longer distances averaging 11.4 km.

The climate impact of pedelec use is therefore very good compared to most other forms of transport, even when production, maintenance and disposal of the vehicles are included (see graph). Pedelecs cause only one tenth of the climatic effect of a petrol car per passenger kilometre and therefore have significant potential for easing the burden on the environment. At just shy of 80%, the production, maintenance and disposal of the pedelec accounts for the lion’s share of the overall climatic effect of pedelecs, while the environmental impact of the electricity consumption required by the pedalling assistance is negligible. Accordingly, the slightly poorer climate footprint of pedelecs compared to conventional bicycles is primarily due to the additional components (e.g. the battery). 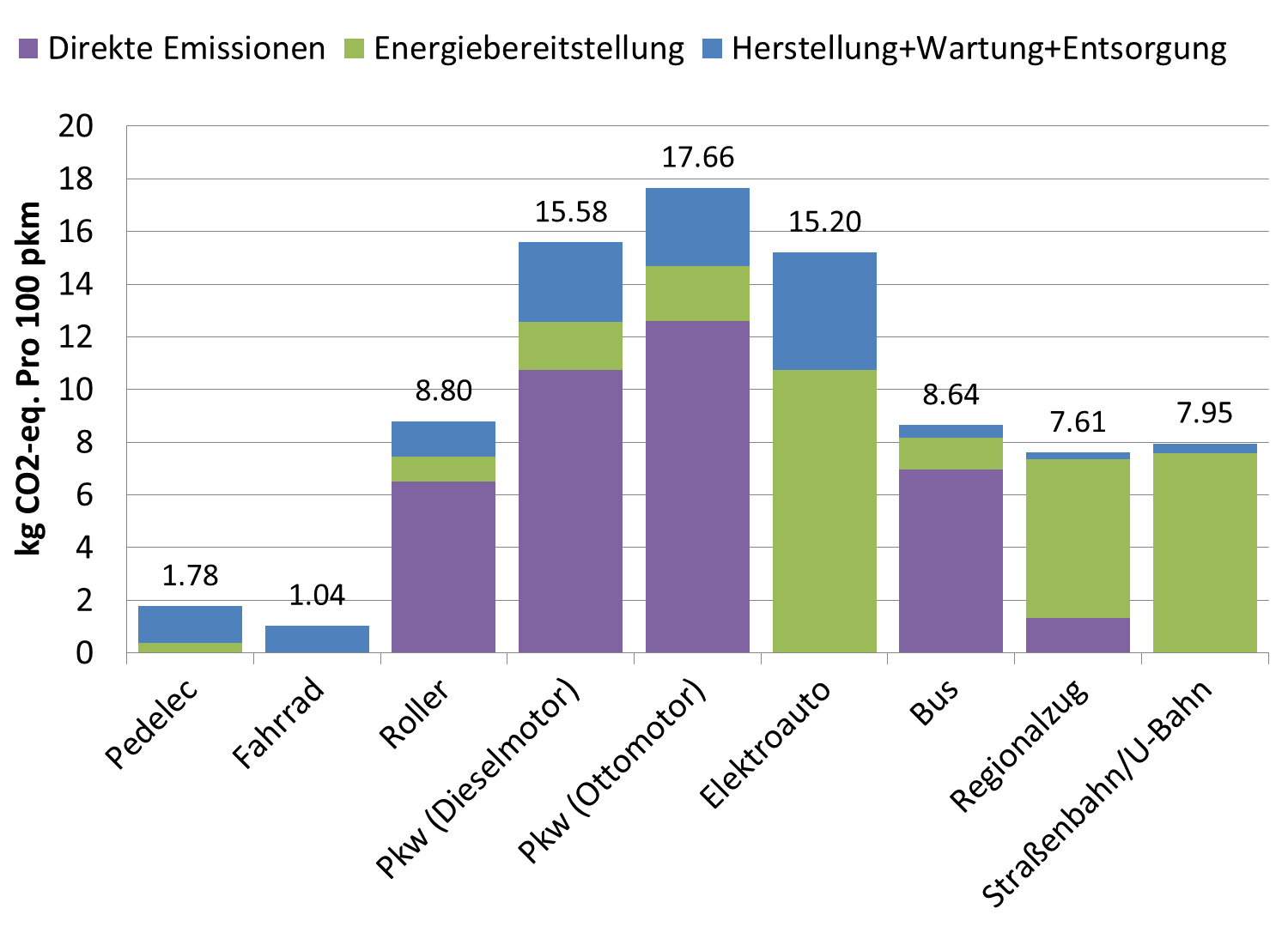 The “Pedelection” project funded by the Federal Ministry for the Environment, Conservation, Construction and Reactor Safety investigated the displacement and climatic effects in daily life more closely. A total of 70 participants in four regions of Germany were equipped with energy trackers and GPS devices for logging their routes. The project was carried out in conjunction with the Institute for Transportation Design at Braunschweig University of Art. The results showed that the pedelec journeys and routes had previously usually been travelled either by bicycle or by car, while there was little displacement of routes which required other modes of transport. In the graph, the study participants are further differentiated by user type. The proportion of car kilometres replaced by pedelecs was especially high among commuters, while day-to-day users and leisure users frequently only travelled their previous bicycle routes by pedelec. 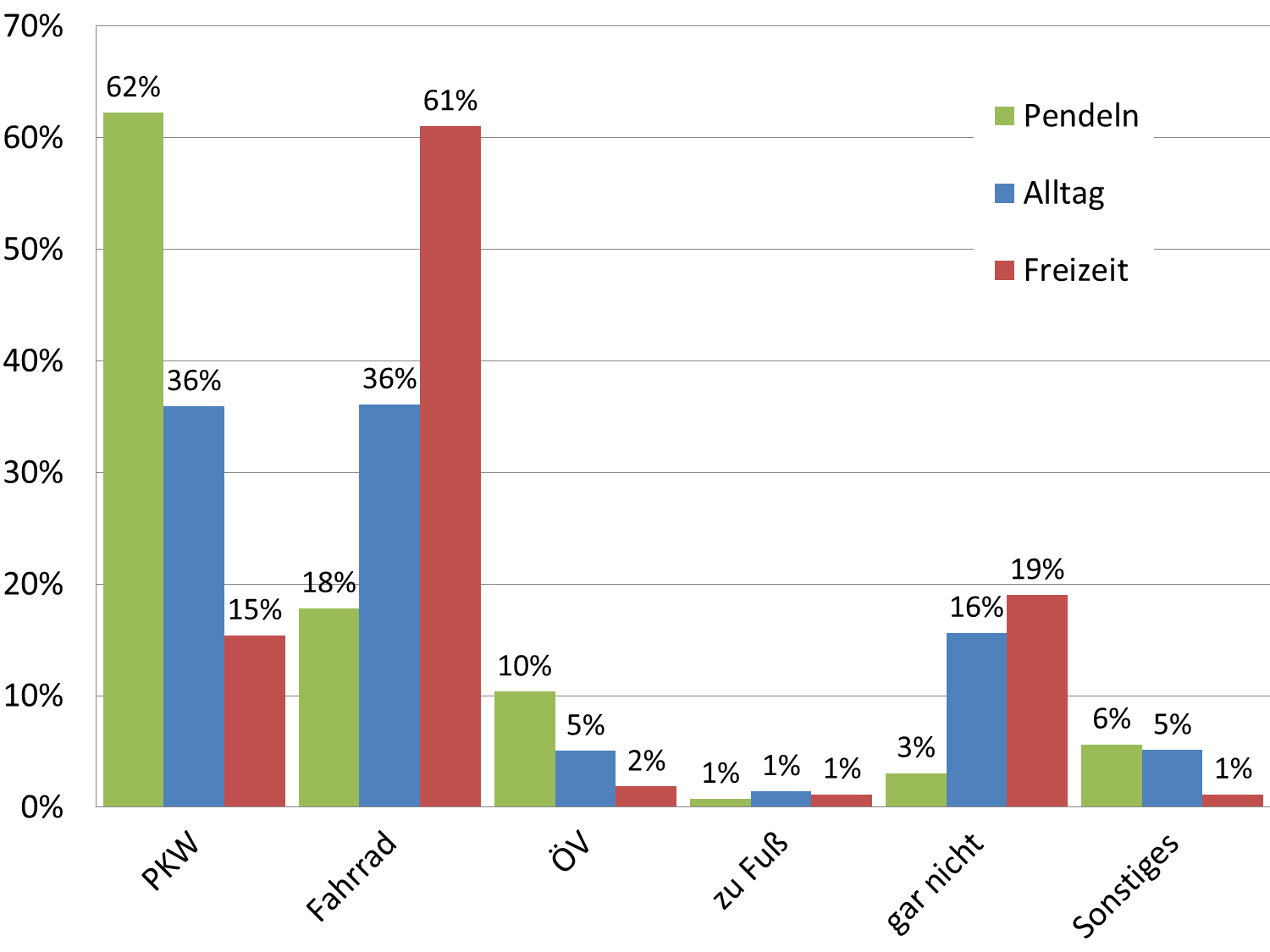 Displacement effects due to pedelec purchase by commuters, day-to-day users and leisure riders: percentage of routes for the modes of transport previously used on the pedelec routes. (ifeu 2015)